This article describes how Zuora subscriptions data integrates with Tesorio

Written by Anuj Bhatt
Updated over a week ago 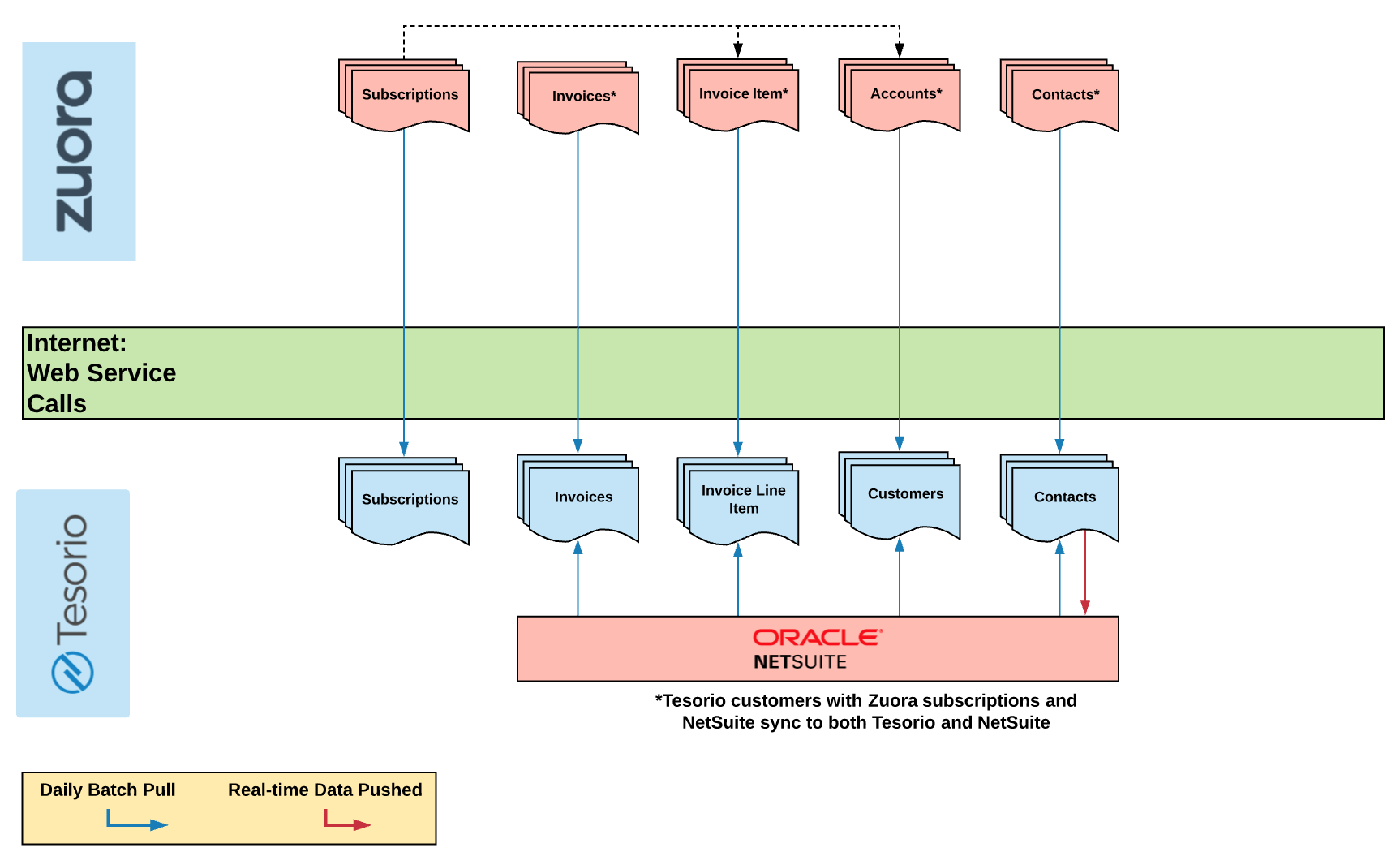 This integration includes five high-level integration points between Tesorio and Zuora synced using the Zuora ZOQL over Rest API*. The Zuora integration is based on Subscriptions data that is synced with Tesorio and tied back via "Customer" records in Tesorio.

Tesorio's Zuora integration can be used stand alone or in conjunction with our Oracle NetSuite Integration.

Each of the integration points below is also a link to the detailed Zuora field level description Tesorio is syncing.

Tesorio triggers an import of Zuora data based on a sync schedule that can be configured by the company. This sync schedule will trigger a sync of Zuora after any other corresponding ERP integrations (e.g. NetSuite).

Tesorio automatically pulls in all custom fields for Subscriptions, Accounts and Invoices.

*REST API is a protocol which is used to interchange data between applications which are built on different programming languages.

Did this answer your question?